The Walk to End Alzheimer’s in Northwest Houston on September 22, 2012 was a HUGE success. We had a great turnout with over 1000 walkers and 100 volunteers. The weather was beautiful and the people were excited to participate. 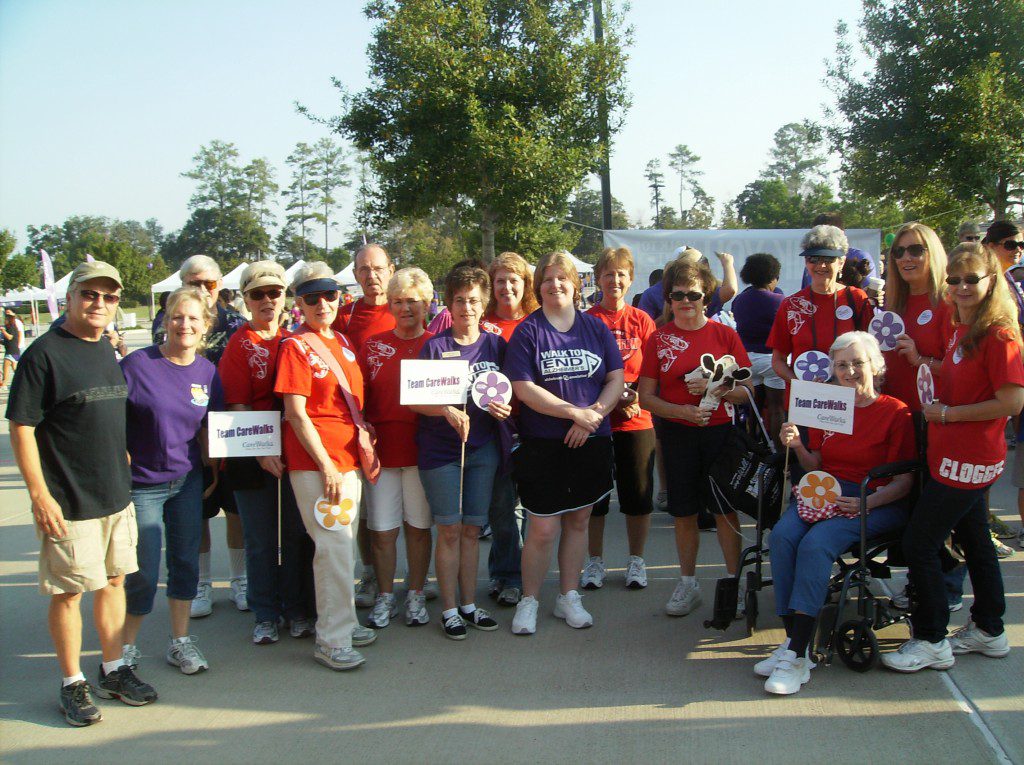 CareWorks’ team “CareWalks” was energetic and everyone had a good time. The event raised over $102,000.00 and beat last year’s walk which raised over $67,000.00. We want to thank everyone for their donations, support and all of those that participating in the walk.

Alzheimer’s disease is the single largest unaddressed public health threat facing the nation today. As many as 5.4 million Americans are living with the disease and nearly 15 million are acting as family caregivers. The baby boomer generation is growing older and age is the greatest risk factor for developing Alzheimer’s.

The Alzheimer’s Association Houston & Southeast Texas Chapter has been serving the Greater Houston area for over twenty years. The Houston & Southeast Texas Chapter began in 1980 as a grassroots organization meeting at a local church. Caregivers Harry Walker and Al Malyn created the Chapter while caring for their wives with Alzheimer’s disease. The Chapter was incorporated in 1982. It is a volunteer-driven organization that primarily served Southwest Houston; they have expanded into an organization with 22 staff members and over 300 volunteers who serve 37 counties.

William Hardy, Jr., is co-founder and President of CareWorks in Houston, Texas, a home care services agency. He is a leader in the elder care community as well as an advocate for the well being and dignity of our senior citizens. William is a third generation Houstonian. He and his wife Holly, a fifth generation Houstonian, love Houston and the people, especially its senior citizens. They have been married for over 25 years and have two sons.

Connect with William on Google Plus